Okay, here’s a challenge for you.  Imagine that your new 16 ft, tri-hull fiberglass bass boat is ready for you to take out on the Columbia River today to compete in a tournament. Here’s how your boat with that 60 inch beam is equipped:

That’s it, that’s all. No electronics such as mapping, let alone google earth!!  How’s your confidence at this point?  Where ya gonna start, what ya gonna look for?

Since this was the way boats were equipped during this era, this is probably why, to this day, I consider myself a shallow water fisherman.  That is, when I went out on the water, I only looked for visible structure such as points, bays, brush piles, etc.  I didn’t understand deep water bass or what and where to look.  Even now, I’m uncomfortable in depths greater than about 20 feet.

In the early 70’s these bass boats were thought to be the neatest thing since sliced bread!  The early bass boats came to market soon after Forrest Wood started producing Ranger bass boats, and a new phenomenon called “bass tournaments” came about.  This new competitive sport started in the southern states, but was somewhat slow in coming to the Northwest.

I think it was in 1971 when the local newspaper (Tri-City Herald) put out an ad letting folks know that there was a small group of bass fishermen, headed by Gary and Opal Lamar, interested in starting a bass club.  For those interested, they could attend a meeting to discuss what a bass club was all about, and to meet with other “sick” fishermen from around the Columbia Basin.  Now, I rarely ran into anyone bass fishing, so I didn’t really expect much of a turnout, but wow, was I ever surprised!  There must have been nearly a hundred people in attendance.  Not too many of us knew each other, knew what a bass club was, or what a bass tournament could possibly be.  But we were soon to find out, and oh my gosh, was our bass fishing world going to change.

We didn’t become better bass fishermen just yet, we just had neater boats and a club of crazies like us.  Soon to come was an influence from the south that would revolutionize bass fishing here in the northwest.

In earlier segments, I’ve alluded to the gear we used and the lures we had – somewhat crude, but effective nonetheless.  Now, however, we were going to be introduced to a whole new world of lures, equipment, and techniques.  It was almost a mind-boggling change to the world of bass fishing.

I suppose the one lure that changed everything out here the most in the early 70″s was the plastic worm.  It took a lot of trial and error before we caught on, but once we did, we couldn’t get enough fishing with this revolutionary lure.  Other soft plastics, such as Mister Twister curly tail grubs, started to appear on the scene, as did new designs of spinner baits and oh yes, a brand new type of “plug” called the Big-O! 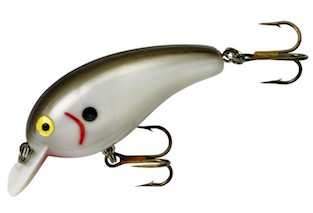 New manufacturers of lures, boats, electric motors, rods (worm rods), reels, etc., started coming out of the woodwork and we were into all of them.

A new fish (to us locals) appeared in the Columbia River – the walleye.  I had heard about walleye being caught at the mouth of the Spokane River, but had never laid my eyes on one, and I’m sure I couldn’t describe what one looked like.  I decided to venture up to the Colville area and try them on for size.  A Colorado spinner with a worm harness was my weapon of choice.  So I put my 3 year-old boy, Don, in my boat and trolled with my new stern-mounted 3 speed hand controlled electric motor. I wished I had one of those new flashers.  I didn’t, so just decided to see how other folk were doing it.  It wasn’t too long before I boated my first walleye, and immediately learned not to be lipping these perch-looking, toothy critters.  Boy, what table fare they made.  Too bad we lived 150 miles downstream from where they lived.

During that same spring (1972), I was fishing out of my Jon boat (no way could I afford one of those new $3000 bass boats) in the Paterson slough.  I was having a pretty fair morning, catching smallies on a new lure called a Hot Spot, made by Cordell Lures.  Then, all of a sudden I started catching walleye on my “spot.”  Unbelievable!  I had never heard of walleye outside of the Spokane River area, so I was absolutely dumbfounded.  I put my bass and my four walleye on ice in my red Coca Cola metal cooler and headed to the launch (well, gravel road area.)  The walleye were all about 4 to 6 pounds.   I was so proud of my new discovery, and was sure that I had just caught the first walleye in the Columbia River.

The metropolis of Paterson, Washington used to have a gas station/market on the corner of the highway, where I would always stop to gas up, get a cold one, and talk fishing with the proprietor, an elderly woman with whom I had become friends (boy, I wish I could remember her name.)  When I walked through the door, she greeted me with a big smile and said “Hogue, how the hell are you, and how was the bass fishin today?”  I told her the bassin was OK, not great, but that I had caught 4 really nice Walleye.  She kind of scowled at me, shook her head, and said “there ain’t any walleye in the Columbia River.”  “There are now” I said with a sly grin.  “Come outside and look in my cooler.”  We went out to the boat and I lifted the lid on my dented, rusty old cooler and said “see for yourself.”  Her eyes nearly bugged out of her head.  “Those are the biggest yellow perch I’ve ever seen.  You should let the fish and game people know, cause those four are all new state records young man.”  I laughed and said, “nope, those are walleye for sure.”  We agreed to disagree.  When I told others of my catch, their reaction was pretty much the same.

The Columbia and Snake rivers were continuing to change due to new dams on both rivers and the evolution of backwater sloughs.  The area of the Columbia flowing around the Hanford Site (later called the Reach) remained off-limits to all boat traffic clear down to what is now known as the Old Hanford town site and the wooden power line area.  Sloughs in the Burbank area were getting better and better especially for trophy largemouth.  Up stream and downstream of McNary Dam was really producing hordes of nice-sized small mouth.  Our boats, equipment, and tackle was making it easier and easier to be successful fishing these areas.  Tournaments on both rivers were showing impressive weights.  Keep in mind, however, there was still no mandatory “catch and release” going on.  Catches were still going on stringers and coolers primarily, although live wells were beginning to be popularized in the mid-70’s.

Lakes like O’Sullivan (Potholes), Moses Lake, Banks, and Scootney were really coming in to their prime, but for largemouth bass primarily.  Smallmouth bass catches in theses lakes was little more than an oddity during this era.  Walleye in the lakes were not a factor yet.  However, bluegill, perch, crappie, and rainbow trout were in abundance and at their peak.  This may have been due to recently created (10 to 20-year-old) lakes that were finally matured, but still maintaining their flooded grasses and trees.  Moses Lake and Banks especially, were producing big largemouth on a regular basis.  Days with catches of 100 crappie were really quite routine.  Every point and bay in these lakes yielded huge largemouth.  The lures of choice?  Well we were going crazy with 7 inch plastic worms rigged Texas style, spinner baits, and the new fat crank baits.  A lot of tournaments were won in the Potholes using a blue spinner bait – yep, it was by far, the color and lure of choice in the sand dunes in the early 70’s.

The next history installment will deal with a period from the mid 70’s through the 80’s.  However, the location will move from the Columbia Basin to the Lower Columbia River downstream from Portland, Or. 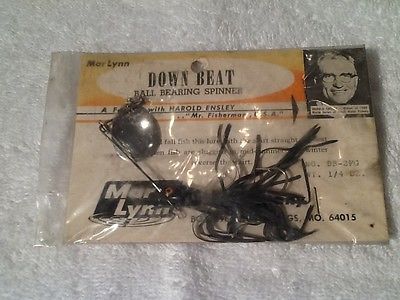 Bernard to Don 6 months ago