I look at the 10-year period from the late 50s into the late 60s as a time when advances in technology applicable to fishing were almost non-existent, at least when compared to today’s pace. You could probably say the same thing about the technology in our lives in general during that period. Kind of frozen in time. A much simpler life. Just my opinion.

I believe it was in the spring of 1966. I was 19 and home on my first leave from the military. I had decided to go down to Paterson to wade for smallmouths. For those unfamiliar with the Paterson slough, it is located about 15 miles downstream of McNary Dam on the Columbia River and a few miles upstream from the town of Paterson (yep, just one “t”, Washington.) I didn’t own a boat then, of course, so I put my old, heavy rubber chest waders on and walked down hill for about a ½ mile off of Highway 14. I was all geared-up for those Paterson smallies just like I had done a couple of years earlier. I was using my regular, trusted arsenal of proven killers, such as Mepps spinners, Luhr Jensen Shysters, Heddon Super Sonics, and the always-reliable 1/8 oz. black marabou jigs. 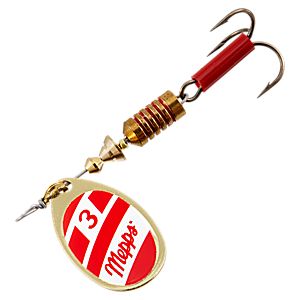 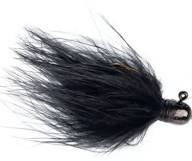 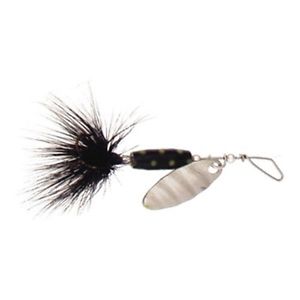 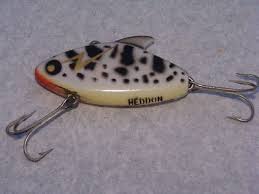 After getting my butt kicked for over 4 hours, I was just blown away that I was doing so poorly, certainly not like I remembered a couple of years ago when this newly formed slough was formed by the building of the John Day Dam just before I went into the military. As I was wading chest deep trying to find those son-of-a-guns, an old man, came trolling by in front of me in his car-top aluminum boat. We hollered over to each other to see how the other was doing. I gave him my bleak story and then he told me of all the great SM he was catching!!! I braved to ask him what he was using, as I was now stupefied and desperate. I remember my dad once saying you just don’t ask that of another bass fisherman. But I did anyway, and he eagerly replied that he was using those new safety pin lures. “Safety pin lures”? I acted like I knew what he meant, but I didn’t really have a clue, but pride prevented me from asking. Well, I was determined to find out about these lures as I pouted while dragging myself empty-handed back up hill to my car. Boy, I was really hoping to have a fish fry while I was home on leave (remember, this is 1966.) It took a long time to find out that those safety pin lures were the soon-to-be named spinner baits – fresh out on the market. Why’d it take so long to find out about them? During those times there was no B.A.S.S., no Bassmaster Magazines, no Bass Pro Shops, and certainly not a Tackle Warehouse (ha). Remember, kinda frozen in time! 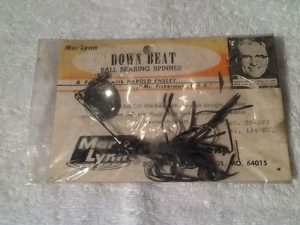 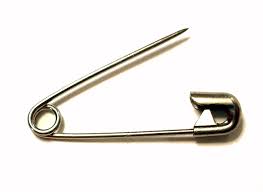 During the early 60s, soft plastic lures, as you now know of them, were non-existent. The only one I can recall was a rubber worm affixed on a harness made by Crème Lures, and no one really understood what to do with those anyway. But no curly tails, etc., as of yet. A few lures had a cheap rubber skirt on them, such as the Hula Popper. So, to add a little action to my lures, I would attach an Uncle Josh 2-inch red pork strip to a Mepps spinner treble hook or to a red and white Daredevil spoon for added attraction. They were extremely effective lures for smallies then, and I suspect would be just as effective today, but then what would I do with all those ten-dollar crank baits I buy and carry around in the boat?

The balsa Rapala was beginning to show up in the fishing market and it would soon be “the major player” on rivers and lakes. Wooden “plugs” such as the Bass Oreno or the River Runt had been around for a while, but used mostly by seasoned bass guys who knew how to handle them. Later, in the mid to late 60s, a few plastic crank baits like the Super Sonic made by Heddon arrived on the scene. I loved the black one, and the perch-colored sonics.  They were the predecessors of the rattle traps. Rebel wasn’t too far behind Rapala competing for a place in the bass fisherman’s tackle box, as they introduced a plastic hard bait called the Rebel Minnow.

Tackle boxes were still metal, heavy, and awkward to use. They were always rusting and corroding the tackle inside them as well. Fiberglass rods were improving, but nothing as compared to the rods today. But at least hollow fiberglass rods were now available and popular, but were not constructed for specialty bass fishing. Spinning reels were getting a little better, and more manufacturers were competing for the fisherman’s dollar. New bait casters still hadn’t made a big impact on the west coast market yet, but this was soon to change. Ball bearings were mostly unheard of in a reel, as brass bushings were “the thing”.

Live bait continued to be the number one way to fish for bass. Night crawlers, hellgrammites, waterdogs, and crayfish were the baits of choice. Bait shops were fairly common and everyone owned a minnow bucket. A lot of us “criminals” had seines to catch minnows, which was without a doubt, the best smallmouth bait in the whole world, or so I’ve been told. Throughout most every local township, there would be signs in yards advertising for either nightcrawlers or red wiggler worms supplied and sold by kids earning a few bucks in their very first job. Kids in junior high shops were all making electric worm shockers.

The catch limit on bass changed from 20lbs + one fish to 10 fish during this time period, with no minimum or maximum size. Everyone continued to keep and eat their catch because, well, why not, it was just another common endless food source available to all.

There were no significant changes to fishing boats from the 50s to the 60s. Most dedicated bass fishermen (there really weren’t too many of us then) owned a 12 to 18 ft aluminum semi-v or a Jon boat with a 10 to 30 hp Johnson or Evinrude motor. The German made Mercury outboard wasn’t too much of a force in the bass fishing industry then, and there weren’t any Asian-made motors such as Honda, Yamaha, or Suzuki around. It was kind of like “do you own a Chevy or a Ford?”

The Snake and Columbia Rivers were pretty tough places to fish, either wading, or in a small aluminum boat. Currents were pretty tough to deal with and the daily yo-yoing of the river levels would regularly change as much as 3 to 4 ft – almost like a coastal tidal effect. This made it a bit on the dangerous side and a lot on the inconvenience side. You certainly had to understand about wading hazards, and of taking your boat into backwater sloughs when later, finding that the water level had dropped so much you weren’t going to get back out without unloading and dragging the boat across the gravel, mud, and rock. Even after the completion of the John Day and The Dalles dams in the early sixties, water flows weren’t coordinated near as nicely then as they are today largely due to their sophisticated computer systems and controls. After the John Day and The Dalles dams were built, water in the Columbia backed up for some 100 miles forming a myriad of sloughs such as the one at Paterson. For about 10 years afterwards, these sloughs contained huge amounts of sagebrush, treetops, etc., This new structure collected a load of my lures {remember, no depth finders on boats), but made ideal habitat for minnows, and then, of course, bass. With the passing of time, however, the flooded sage and trees decayed away. Present day has us left with boulder piles, old roadbeds, and a few beaver huts. All of which can be located using mapping applications such as Google Earth, as well as sophisticated depth finders, GPS, etc. By the way, if you would have told me then, what we are using now as common tools for fishing…wow. I’m not sure what my reaction would have been. I was still trying to understand what a safety pin lure was.

Maybe the best bass fishery, and maybe the best all-around fishery in the state was the Yakima River during the 50s and 60s. Not only were the smallmouths abundant, but also there were good populations of largemouth, sturgeon, and trout, especially brown trout. As a matter of fact, Field and Stream magazine (the leading outdoor magazine in the country during that era) named the Yakima River as one of the top ten rivers in the U.S. But they also cautioned us about the possibilities of run-off pollution if weren’t careful. But we didn’t pay enough attention and water quality went downhill. It wasn’t for a several more decades before we started trying to fix our mistakes with this river system.

Okay, here’s a challenge for you.  Imagine that your new 16 ft, tri-hull fiberglass bass boat is ready for you to take out on the…