Most of us anglers begin fishing as a hobby. The competitive and addictive nature of bass fishing guides us toward tournament fishing. From the moment we decide to tournament fish, we start dreaming and planning a path toward a pro fishing career. Everyone has a story of circumstances that take their bass fishing from hobbyist to tournament angler. Here’s our story.

Mark Dawson and I grew up in small town Brewster Washington. A town focused on its high school basketball, instilling competition in us. Mark’s dad, Bob, introduced us to bass fishing in 1987 on Washburn Pond, a tributary along the Columbia river below Chief Joseph Dam. The ends of Washburn Pond were created by the construction of two causeways on the north and south ends of Washburn Island. It was planted with bluegill and 50 largemouth bass just a couple of years prior. In the next couple of years, the size and population of largemouth explodes. We each had an aluminum boat and spent that spring and the next year learning a few basics to catching largemouth. 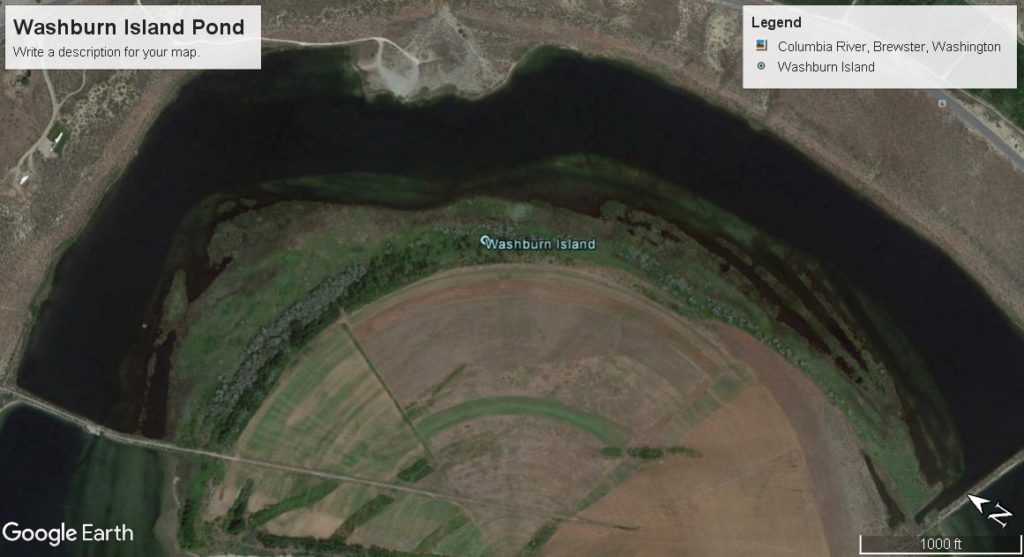 In 1989, the bass bug bit hard. I graduated from a 10-foot aluminum boat to a Bass Tracker TR17. Washburn’s season opened the first week of April. We were on the pond daily. Every evening after work until dark, and all day on the weekends. Towards the end of April, we were each catching 20+ bass every evening, with the big ones in the 3lb class. We were unlocking bass fishing’s secrets (at least in our minds). In the late 80’s, our only resource for bass fishing information was Bassmaster magazine. Fishing shows were very limited due the rabbit ears on my TV only receiving 3 channels. As we read each Bassmaster magazine, we’d buy whatever tackle the articles were written about. We started with Rapalas, beetle spins, and then 6” worms.

The Moment We Knew

The last weekend of April, Mark was throwing a 6” Texas rigged worm. He catches a 4 ½ lber. The biggest largemouth we’d ever seen. We were blown away with the size of the mouth on this fish.  Just a couple of casts later he catches another 4 ½ lber. This was crazy. The 2 biggest bass we’d ever seen. What seemed like the next cast, Mark hooks and I net a third 4 ½ lb largemouth. We’re onto something. Three of the biggest bass in Washburn, and Mark caught all of them in a matter of minutes. In all the excitement, we start feeding off each other that we were ready to fish tournaments. We heard about a tournament that would be the following weekend at Lake Osoyoos. With this epic day, we figured out how to catch largemouth, and it was time to take our bass skills to the next level.  We were Goin’ Pro. 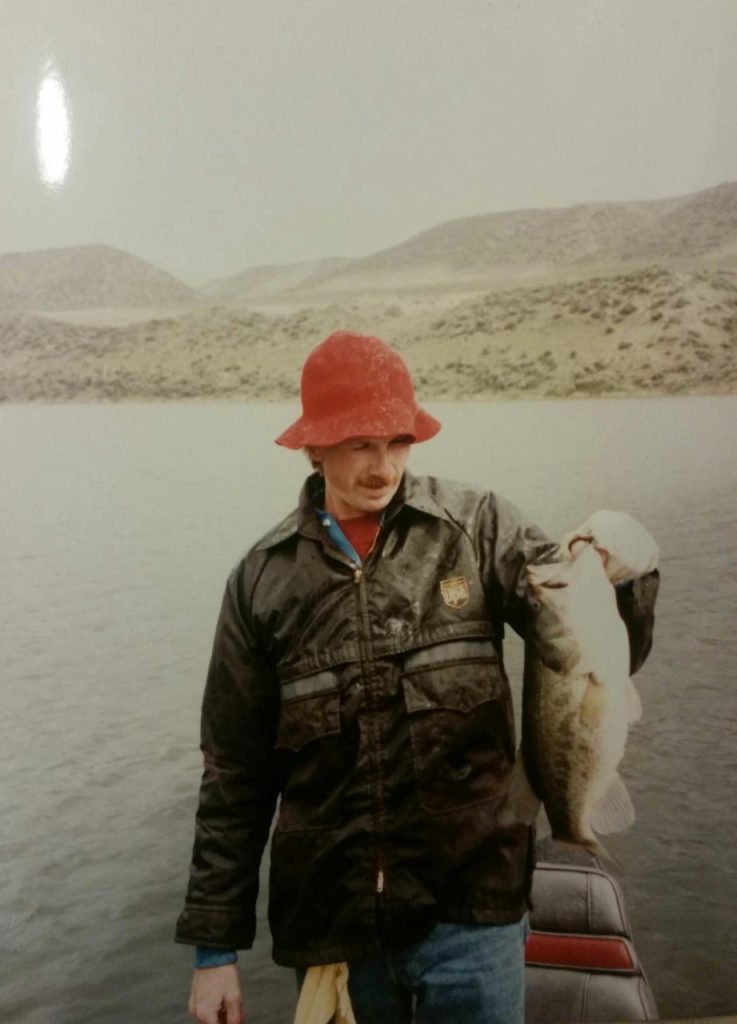 Lake Osoyoos is on the Canadian border in Central Washington. The first weekend in May, the fish would be pre-spawn and bedding. Osoyoos was predominately smallmouth. Neither of us had ever caught a smallmouth bass. We’d never seen a bedded bass, let alone catch one. But, this wasn’t going to deter us. We knew all about largemouth and read enough about smallmouth to convince ourselves we could compete with the pros. We chatted with a couple of Osoyoos bass guys during prior weekends at the Washburn boat launch. My grandparents had a house on Osoyoos, and as a kid I would spend a week or so each summer at their house. There would be talk of fishing Osoyoos, but mainly for the trout. I do recall a few stories of the bass. So, leading up to this tournament our knowledge base for Osoyoos was founded on dock talk at the Washburn pond boat launch and a few family stories.

We were going to a smallmouth tournament and we didn’t own a single smallmouth bait. Towing the Tracker to Oroville after work that Friday night, we stopped at Hooked on Toys, a sporting goods store, in Omak. We’d watched a couple episodes of Hank Parker catching smallmouth, so we selected baits based on what Hank used in his shows. Leaving Omak towards Oroville, we had a boat, fishing skills and the baits needed to launch our Pro careers. What could go wrong???

Saturday morning, we arrived at the boat launch extra early. Mainly because the Tracker with an outboard, and a boat trailer were new to me. Outboards weren’t allowed to run on Washburn and I think I’d only run the motor 1 time prior to this tournament. I wanted to launch the boat and run the outboard before any of the other pros showed up. I wasn’t going embarrass myself in front of the other pros. We launched in the dark, the outboard started right up and I made a short run to verify the motor was ready for blast off. We beached the boat as the pros started to arrive. Wow, those Ranger and Skeeter glass boats were huge. 18 foot sparkling missiles with giant 150 horse motors bolted to the transom. 10 teams signed up and paid their $40 entry fee. We couldn’t believe our luck, we draw boat 1 for blast off. Our initial game plan was to head to a smallmouth spawning bay a short distance north of the boat launch. As we were walking down to get into the boat, the guys in the 150 hp Ranger put on their full faced motorcycle helmets. What the heck did we get ourselves into? As we were waiting to blast off, we were questioning each other, how many boats would pass us before we got to the spawning bay a mile and a half away. It probably wasn’t a hundred yard when the last of the 9 boats passed our 45hp Tracker. We were in awe as to how fast those boats were. This was the first time either of us seen a fiberglass bass boat run wide open. Those boats were probably only running about 50mph but in our minds they were Unlimited Hydroplanes skipping the tops of the white caps at 100+.

We were last to the party at the spawning bay and decided we wouldn’t waste our time fishing around others. We’d fish our strength which was largemouth in the reeds. The lake crosses into Canada, with the Canadian side off limits.  We idled the perimeter of the south half of the lake looking for cover that mimicked Washburn Pond. Washburn is a relatively shallow flat bottom lake and its perimeter is mainly reeds with a dark silty soft bottom. Osoyoos, at this time of year, was void of weeds with a hard sand and gravel bottom. The water this weekend at Osoyoos was clear and drawn down. Only a few inches of the deepest reeds were under water. With the reeds out of water, there wasn’t any cover on this lake that looked like Washburn Pond. Washburn and Osoyoos had nothing in common.  We were fishing for smallmouth that we had no experience catching on a lake we had no knowledge how to fish. The rest of the day was fishing dock talk. We tried every bait we purchased from Hook on Toys and fished them in areas Hank Parker suggested. Hank lied to us, they didn’t catch anything.

Weigh In (or not)

It was an overcast windy day. As the day progressed, we convinced ourselves the other pros weren’t catching them either. If we couldn’t catch them, no way the other pros would catch them. This was a day of firsts. Our first day fishing as Pros, we were first boat out in our first blast off, and now our first tournament skunk. We went in early to load the boat and act as inconspicuous as possible, so not to draw any attention that we didn’t weigh in. But, we really wanted to know how fishing was for everyone else. This was prior to the internet, and at best, the tournament results would only get published in the newspaper. We lived too far away for either of us to get our hands on an Oroville newspaper, so we stayed to see the results. We stood behind the small crowd watching as the other 9 teams weighed their fish. They all caught ‘em, except us. At the awards ceremony, the director with a megaphone starts with, “Everyone weighed in fish except for Lehrman and Dawson. If Lehrman and Dawson are still here, how many did you catch?”. Why couldn’t he just ask “Did you catch any?”, so we could just shake our heads “no”? At this moment it seemed every head turned around and stared at us.  We were too embarrassed to answer. Finally, with our heads hung down one of us says “zero”. A big goose egg. In 7 days, we’d gone from Goin’ Pro to “zero”.

History repeats itself through out each of our fishing lives. From epic days when the fishing is ridiculously easy to days of “zero”. It’s those epic days that leaves every one of us dreaming of Goin’ Pro.