Thought you might enjoy a little history from the Lewis and Clark expedition before my article.

Within the next 10 days or so, I’ll likely kick off the season by fishing the Crow Butte area. I’m pretty sure a lot of you have fished it or at least know of it’s whereabouts. For those not familiar with it, the easiest way to locate this are is to tell you that it’s almost directly across the Columbia River from Boardman, Oregon.  Crow Butte is really an island that is accessed by road via a causeway off of U.S. Highway 14 (Washington side of the river.) 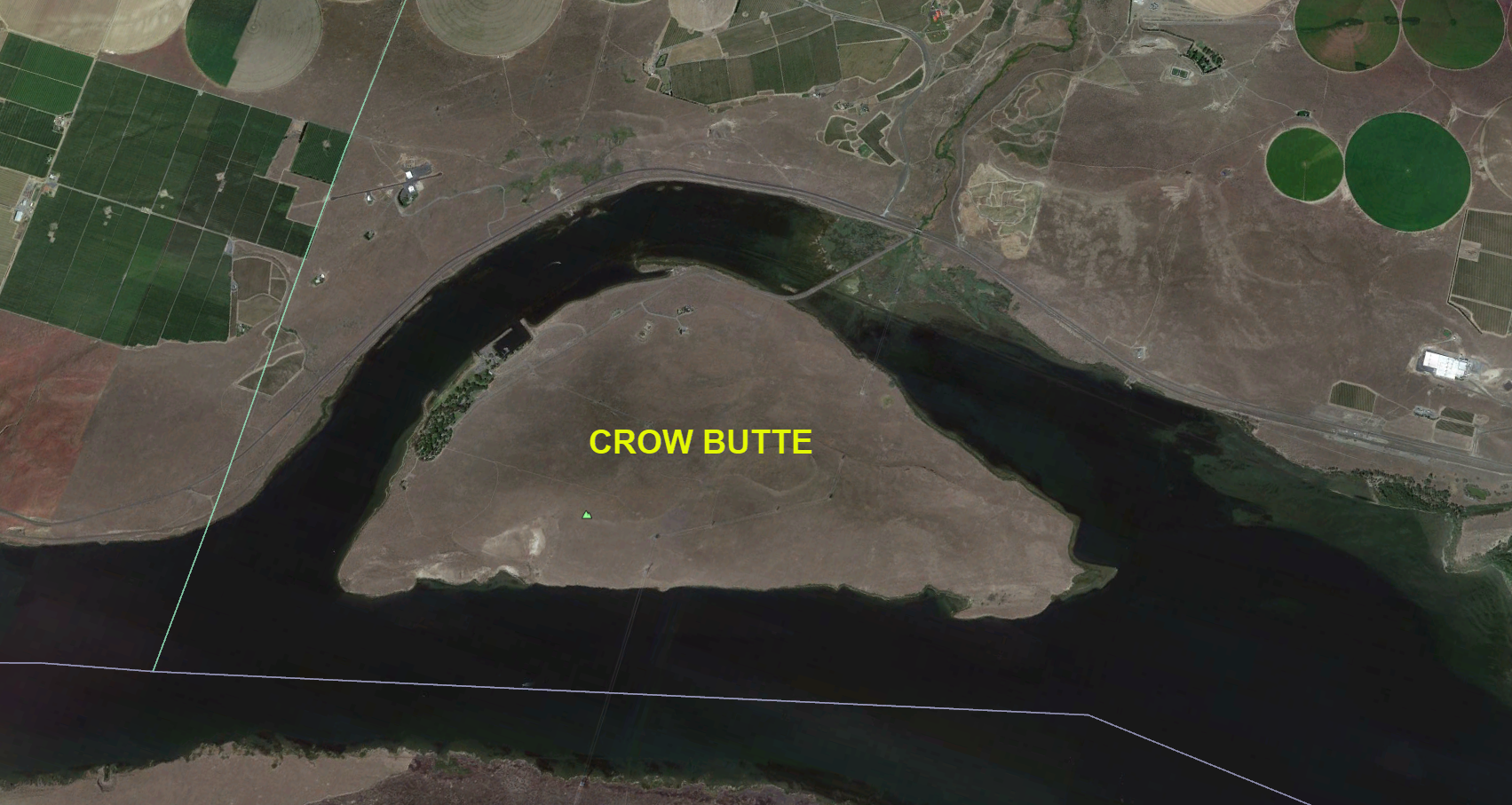 Should you choose, there’s a public launch in Crow Butte park adjacent to a public camping area.  Personally, I prefer to use the launch at the Boardman City Park as it is not only free, but contains nicer ramps and is very well kept.  Both parks provide for some very nice camping, but the amenities such as food and gas are convenient from the Oregon shore and near non-existent from the Washington side. The launch at Crow Butte although not too bad does cost $5/day.  Although the water inside the park area contains some very nice bass and walleye, I spend most of my time fishing the upriver side of the island.  The upriver side of the island would be on the left side of the access road to the park.  The access to this area from the Crow Butte boat launch is by heading west and going around the island and then heading east (upstream) for a couple of miles.

The jaunt across the river from the Boardman launch to the same area is about equal time and distance.  Either way you’ll need to be prudent about getting a good reliable wind forecast before making the drive as the water in this area can be treacherous with winds sometimes up to 30 plus mph.  Those eight foot rollers are just too dangerous heading back to Boardman when they’re coming at you from stern to port.  I like to see wind forecasts at less then 10 mph before heading here.  I like to use the Pro Windfinder app.

Like all the backwater or slough areas on the Columbia, the entire smallmouth populations do not migrate from the river channel edges to the spawning grounds at the same time.  I believe most (not all) arrive in distinct “gangs” or schools over about a four to six week period beginning in late March through mid May.  Therefore, before I will proceed into the shallows in March, I’ll usually try and work areas along the channel in about 12 to 25 ft depths.  These depths can be pretty good at times both upstream and downstream along Crow Butte island.  Traditional jigs and tubes can produce well here.

If you’ll access Google or Bing maps you will see that the distance from the river channel to the rip rap along Highway 14 is about a half mile or so.  Along this rip rap is a large irrigation pump station.  The pump station is about a half mile from the Crow Butte access road.  There is an old roadbed (you should be able to see part of it on your satellite view) that starts at the access road and continues past the pump station until it meets landfall up river about a quarter mile.  This rocky roadbed is around 8 ft wide and is mostly in about 4 ft of water with shoulders dropping down to 10 feet or so on each side.  The road is about 80 yards out from the rip rap.  I believe this roadbed represents the area where at least 50% of all the smallmouth will use for spawning in this side of Crow Butte. 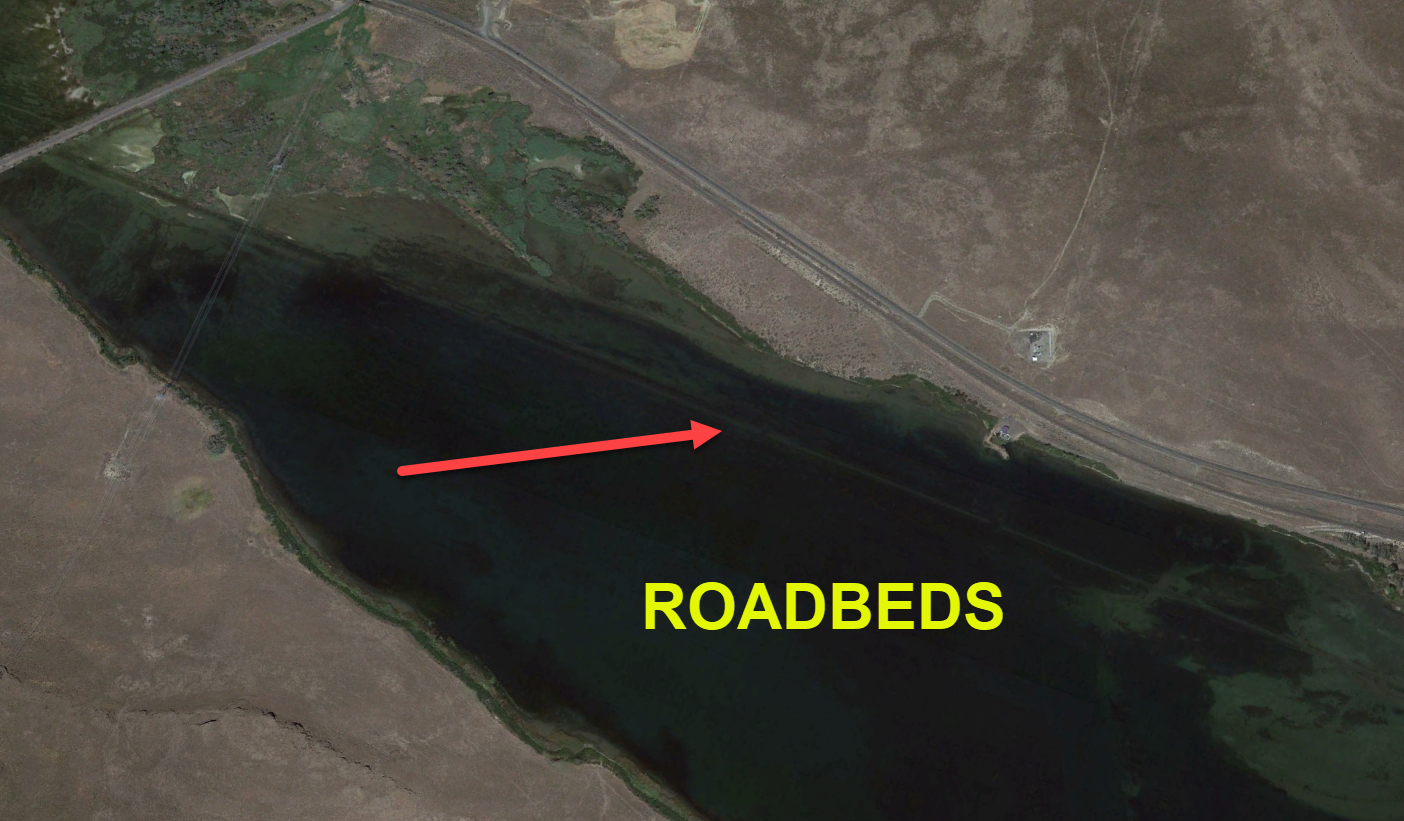 As you head in from the river proper to the shallows, you’ll be seeing your graphs showing you some wild ups and downs revealing gravel and rocky structure.  They will range in depth from 6 ft down to 12 ft deep.  Normally, I’ll start fishing the 8 ft depths where I believe they will stage again before moving in to the spawning depths of 2 to 4 ft.

As for gear, I’ll normally be using bait casting rigs, crankbaits (usually lipless in reds and orange hues) and spinner baits, I prefer copper blades myself. (click links below)

Now, that’s just my preferences as we all know that there are a ton of lures and colors that do great.  But remember that I’m discussing tactics, lures, and depths for late March into late April.  The water temps at this time of year will range from the mid-forties into the mid-fifties.  So what you’ll be experiencing will be primarily reaction bites.  AND…this is when you will likely run into those early season huge females – 5s and 6s.

During the next couple of weeks (early to late April), these same bass begin to get near or on the roadbed mentioned earlier.  As the temperatures start getting up in the mid to upper fifties, I’ll mix in some spinning gear and start working tubes on the roadbed and super flukes along the roadbed shoulders.  This now the time to start traversing this roadbed from start to finish with your favorite lures.

Now, go enjoy.  Maybe I’ll see you out there.  I’ll be in my black/copper Ranger, but usually Monday thru Thursday as I hate those weekender crowds.  Any comments or questions, just let me know.

See ya on the water,