Last evening, my youngest son, Joe, who by the way is a tremendous walleye and smallmouth fisherman in the lower Columbia River, sent a text to me and to his brothers, Don and Jarrod.  He challenged each of us as to what lures, tactics, or techniques we were going to use on the water this year that we have never tried before.  It really didn’t take us too long to reply, but I’ll only tell you what I committed to do.  I say committed, because we don’t take the challenge lightly, and…we’ll have to report back to the others just how well that worked, or didn’t work out.

I told the three of them, that I was going to use large, noisy top-water lures as a main tool this year, not just as a “play lure”.  As such I would use these types of lures on a regular basis right along with my regulars and, as a minimum, would spend as much time with them as I would with any past favorites.  Now that’s gutsy, huh? 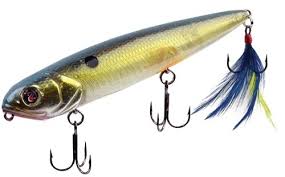 Now I’m not just reluctantly going to do this challenge,  I’m all pumped for it!

The other part of my challenge was to use a popping cork to attract smallmouth. 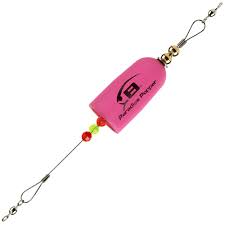 I’ve seen them used several times on saltwater TV fishing shows to attract redfish, snook, and speckled trout and have really been amazed with the results.  This last season while fishing the Columbia, I watched huge schools of 2 1/2 inch minnows being chased and preyed on by the smallies.  They were so small it was hard to identify the species.  All during the summer, the smallies would feed on them and then regurgitate these little guys by the handfuls when being boated.  Maybe you guys noticed the same.  So now, this coming season I’m going to use a popping cork to attract the bass while trailing behind and below a lure similar in size to these minnows such as a hair jig.  Should be fun to really commit to both these new techniques and rigs.

On another different, but related quest, I decided to really simplify my tackle late this last season.  It kind of got started while I was writing some of the history installments for this site.  The articles caused me to reflect about how simple gear was in those days.  Yet, at the same time, so very effective.  For the most part, we used one or two rod/reel combos with 8 lb monofilament line tied directly to a lure using an improved clinch knot.  That was it!!  Over the last several years I have greatly modified that modest setup to now include a dozen rod/reels, each with their specialty line ranging from mono to polymer to fluorocarbon to braid to uni-filament to…you get it, right?  And, to top it off, I had fluorocarbon leaders for different situations as well as a myriad of line strengths.  Lord, how I’ve supported the line manufacturer’s – yikes!

On a given day, by the time I rigged my different lines, leaders, swivels, etc., I had a line that had sometimes three or more knots.  Well, we all know what the weakest link in a line is – the knot, right?  So now I’ve got the three or four of the weakest links in my setups.  I thought this is just crazy.  Over the years, I slowly convinced my self that I must be ever so stealthy in my rigging or I wasn’t going to be very successful.  This last fall I decided to see if what I was doing was really fruitful or if it was just a bunch of B.S. I had come to believe.

So slowly, I began to eliminate this, and eliminate that.  Guess what – no difference at all!  I now have reduced my rigging to a single knot to the lure.  Whether I’m using braid or nanofil, I dye the bottom three feet of the line black with a sharpie.  That’s it, that’s all.  I have quit using fluorocarbon line and fluorocarbon leaders altogether.  I know, I know, it sounds strange even as I’m writing this.  The change with all the stealth didn’t make any difference at all in the bites, and catches I had – none.  I’m not even really totally convinced the black camouflage is really need, but that’s for another day.   But to convince myself, I alternated rigs to see if there was a response difference and also used the modified rig when the other person in the boat was using extra lines/leaders, etc.  There was no difference.  So, I’m happy to report that nowadays I have only one weak link, or knot, in my rigging.  That alone is a victory – right tournament guys?  And…I’m going to save so much money on all those extra type lines, that I can spend all that savings on those large, noisy top-water lures and popping corks (ha).

Okay, here’s a challenge for you.  Imagine that your new 16 ft, tri-hull fiberglass bass boat is ready for you to take out on the…