If you are blessed enough to fish on a river, reservoir or lake that has both Largemouth (LM) and Smallmouth (SM) present, and you also tournament fish, then you know about the dilemma.

First, let’s look a little closer at what the issue is and then some strategies on how to deal with it.

Now before any of you think (too late) that “I once caught a ____lb Smallmouth that was the biggest fish in my limit” or “I’ve seen guys weigh in all Smallmouth and win”…I know…I know. There are some big Smallmouth out there. In some places, Smallmouth can and do win.

But, most of the time and on many bodies of water we frequent, Largemouth are still, on average, the bigger brother. Your average LM may weigh over 3 pounds while your average SM probably comes in at under 3 pounds.

At the scales, five SM that weigh 2.8 apiece give you 14lbs.

“Swinging For the Fences”

Many a team or angler has figured out that it takes LM to win, especially this time of the year (spring). As in, you probably need a limit of LM or to be trying for a limit of LM. But what if you come up short of your limit of LM, and weigh in only 3 or 4 fish? Now just any old “average” SM would have made a difference.

Fishing for “Green” (LM) is often seen as a high risk/high reward proposition. But it doesn’t have to be. The more you target LM this time of year, the more you will put yourself in position to stumble into a big SM.

On certain bodies of water at certain times of year, the SM and LM will overlap more. In many places in the spring, SM will overlap onto LM areas. The reverse is often true in the fall. Understanding that, you often don’t have to declare. Go where the action is. SM and LM spawning often overlaps in timing and locations. Go with it. In the fall, it’s all about putting on the feed before winter, so go where the best feeding opportunities are. You will run into the best of both species in either scenario.

Put another way, if you target LM in the spring you will accidentally catch a big SM or two. Target SM in the spring and you are much less likely to catch an “accidental” LM.

The opposite of the “swing for the fence” mentality is the “get a limit” mentality. That often means to try to catch a limit of SM before going for a “kicker” LM or two.

The problem with the Limit Getter mentality is that you are spending precious time on fish that will not get you the win or even close. But many anglers just feel better and fish better with a limit in the boat. That’s a real consideration. It might get you a check, but seldom the win.

Another approach is to go after a set number of the primary fish that you need to target. Most of the time in the spring that is a LM. But it could be a SM depending on your fishery. At any rate, I’m going to target a set number of my primary fish until I get ’em before I move on to the other.

The Moses Lake (Nixon’s Open) in May is a good example of this approach. Let’s say you determine it takes two good LM (over 4lbs) each day to put yourself in the best position to win. I would focus my efforts on catching those two better LM in the morning before trying to move on and catch some spawning SM later in the day when conditions are better.

Now at Moses Lake this time of year the average LM will run bigger than the average SM, but the SM will be much easier to pattern and be consistent on. And it’s not like the SM on Moses are dinks. 20+ lbs of SM is a real possibility. But you will still lose to the team with 21 lbs because of a 5 or 6 lb LM.

Prime Time for the Prime Fish

Whatever your approach or target, LM or SM, just make sure you are at the field at game time. Most places in the spring, “game time” is midday – or that 10am-2pm window of big fish time. Many times, anglers will start off with big intentions of swinging for the fences and then have to come off of that mentality as the panic mode sets in and it’s back to “let’s just get a limit”. Meanwhile, prime time has come and gone while you were fishing for the less than “prime” fish.

First off, let’s dispel a popular myth regarding SM baits vs LM baits. You don’t need to downsize for SM. And…you don’t have to upsize for LM. Any tournament worthy SM can handle any LM bait. So if you have dedicated boxes for LM and SM, you are probably adding more variables to the equation than you need to.

In my experience, some baits or category of baits, seem to do a better job of catching both species.

Below are some of the best dual-species baits to use (click on links, either category or specific baits):

Lots of different brands and color combinations will work. I’ve noted some of my favorites. 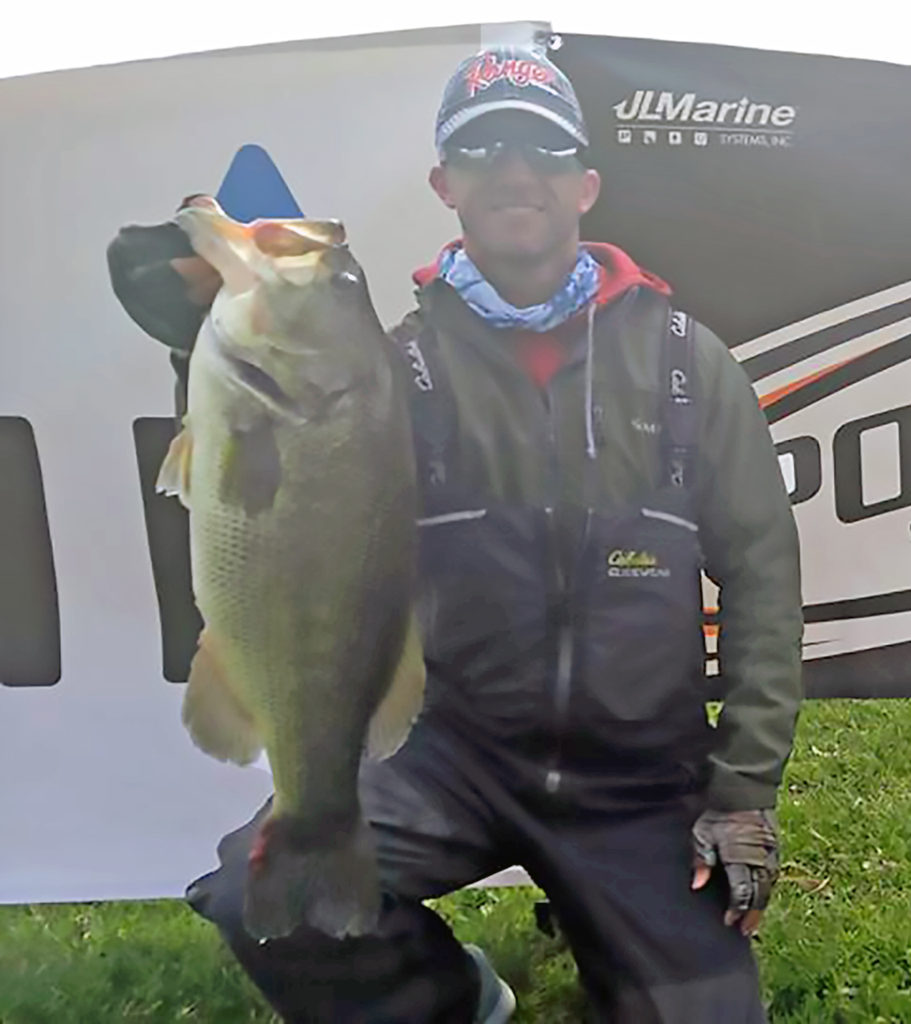