Mid January and a lot of us are thinking how long is this rain and snow going to continue.  This year in particular, the West has been pounded by storm after storm with low temperatures not typically seen.  In this multi-part series we are going to begin to unravel what it takes to locate smallmouth and largemouth during these winter months.  Take your time reading, there will be subtle pieces of information given that will make all the difference the next time you are searching for deep water smallmouth.

For part 1 we decided to go to Lake Sammamish in Issaquah, WA and see what we could put together.

So…..if you could be coached by anyone here in the NW who would one of your top choices be?  Exactly, Ron Hobbs Jr.  Ron has been studying, perfecting, and winning on many of the NW lakes for as long as most of us can remember.  Ron’s success has not just been because he grew up fishing, but because Ron continues to try and perfect his craft as well as stay up to date on techniques and technology.  By doing so, Ron has been able to apply his knowledge all over the U.S..  Here in the NW however Ron has had success on both sides of the mountains.  A large portion of his success has come from the same ideas, patterns, techniques, technology and baits he would use on any body of water.

To start the day Ron and I met at the ramp on the south end of the lake. (not true we actually went to Starbucks first)  24 degrees, slight breeze out of the east and blue-bird skies.  Sounds like a good smallmouth type of day doesn’t it?  Well it wasn’t and that really doesn’t matter.  Ron caught a few smallmouth, but more importantly he found these fish exactly where he thought they should be for this time of year.  In previous posts you have heard Don Hogue talk about structure and technology.  This outing is a prime example on how one angler can utilize these tools to do just that, locate fish.  This series is not just on how to catch these fish, but more importanly how to locate them.  Understanding what bass are doing in all seasons is one of the keys to improving your catch rate. 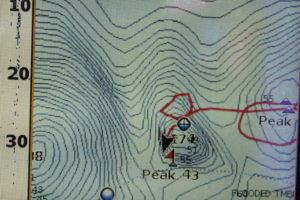 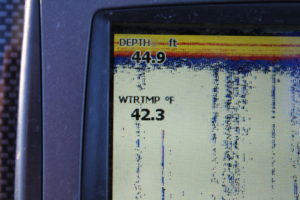 So…..what were we looking for?  Main lake humps or flats adjacent to the deepest water.  Why? As we all know bass tend to go deep in the winter months up North.  Of course this progression can vary from region to region and lake to lake but at Lake Sammamish however this tends to be pretty consistent year after year.  Talking with Ron it was clear that we were going to use our electronics to locate these deep water humps/flats adjacent to the deepest parts of the lake.  Combining the use of Sonar, Side Imaging, and mapping we were able to not only locate these areas but identify the key features we were looking for.  Keep in mind that these humps and or flats could vary from 35′ of water to 50′ of water on top with a sharp break in to 60′-70′ of water.  Ron’s focus was also on the humps that had deep water on multiple sides if not all the way around them.  Having pieces of structure like wood or rock was also very important. (spot on the spot) 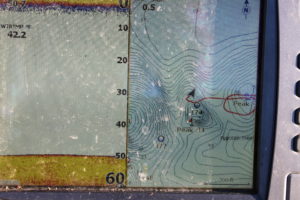 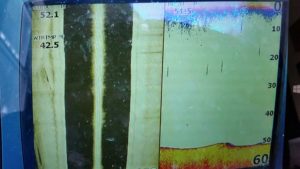 Working our way from South to North we encountered multiple areas that Ron felt would be holding fish this time of year.  These areas were on the east side of the lake as well as the west side of the lake. Not all locations had fish on them, but as we all know timing is key.  Making a waypoint and returning to these spots later that same day, or on your next outing can make all the difference.  Keep in mind that this time of year bites will be few and subtle.  Maintaining contact with the bottom with either a drop-shot or Football head are two ways to fish this type water efficiently.  Staying in tune with your electronics will be the key to not only locating these fish but catching these fish today or in the future. 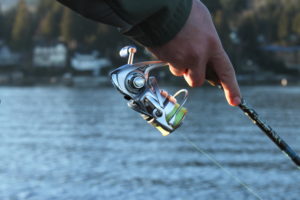 As the day progressed we ventured up to the North end of the lake to try and locate some Largemouth.  Stay tuned. 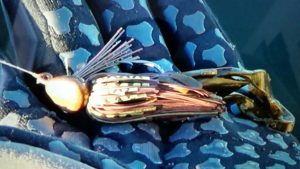 UP NEXT: We go “deep into the weeds” with Ron on what it takes to locate deep wintering largemouth.  Plus:  We dive into specifics on tackle, electronics and mapping to help put you in touch with deep water smallmouth and largemouth. 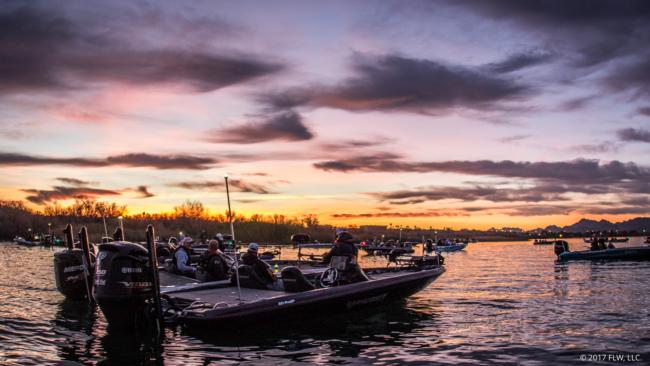 Put me in Coach: Months ago, I was sitting in Don Hogue’s kitchen with some confusion and intrigue associated with his goals for Game Over…