I was first introduced to the punch skirt many years back and used it a lot over those years, from The San Joaquin River Delta’s periwinkle, hyacinth, cheese and hydrilla mats to Lake Roosevelt Arizona’s buck brush and trees and back to the Northwest’s lilly pad fields, Russian Olives, willow bushes, beaver wood and beyond!

The first real punch skirts I had ever seen came from Paycheck baits which I still think are the one of the best available skirts out there. But using them along with some other brands, I wanted more out of them.

The best features of the Paychecks were their punch hubs (what the skirts attached to) and the fact they are hand tied. The reason the hub was so good that it’s like a hard nylon material bead shaped with a slot in the middle of the hub which helps the skirt flair, not to mention the audible click when the tungsten sinker contacted it. The other companies had very poor designed hubs for their skirts which didn’t have the flaring quality of the original and the hubs themselves were way too long.

The color selections in my opinion were not the best especially  for up here in the NW. Most of the Paychecks had too many bright colors and if another company had a good color their hub was inferior.

The last problem was the durability of the silicone, after a days worth of fishing due to the places you are using these skirts at least one-third of the strands were missing, broken off by constant snagging on the cover and a lot of the inferior skirts were rubber banded onto an elongated hub which the skirts would eventually slide off the hub or the band would break.

This brings me to the beginning of making my own. The punch skirts were not cheap especially the ones I preferred (Paycheck) the cheap ones were just that cheap, I needed to make a more durable, long-lasting skirt, with The exact colors I wanted that could last a whole 3 day tournament or more and not just a 1/2 day.

So for the hard part the search for the right hub! I already knew that living rubber was going to be my primary material and silicone to provide my accent colors I already knew how to make a jig so only one last problem t solve. So solving problem number 1 was a hard one. Punch hubs were hard to find and the ones that were available were crap, I didn’t even bother buying any, I had to come up with a better solution. I knew what I needed was something small compact and have a barb or a groove so my skirt couldn’t slide or come off, then it dawned on me, and off to Home Depot I went!

For years I have tied all my punch skirts on one half of a drip system irrigation splice! Don’t ask me how I came up with it (My mind works funny everything that I see gets twisted into how can I use it to catch fish) but It worked and still works to this day! By cutting and filing you get 2 punch hubs per splice!

If you want to know the size, I don’t really know I just buy the smallest ones, the size of the splice isn’t my concern it’s the number of fish I can catch on each one. I have never argued about what works I have only thought about how to make it better.

So now this takes us to the present, finally a company is offering a decent punch hub. Boss known for their jig heads is offering the best hubs I have seen. I don’t know if they will out produce my Home Depot specials but they are way less work and less time-consuming! One drawback I can see coming with them is that they are made of lead. Nylon against tungsten makes a good clicking sound, tungsten against lead makes a thud also since the lead is soft I could see hub distortion being a concern. Only time in the water will tell but so far so good!

Okay we got the punch hub settled time to get tying! I am a big proponent of living rubber being all grades fine, medium, or large, the durability, matte coloration of the material itself, also the action and flare cannot be replicated by silicone.

Good luck only IMAGINATION is holding you back! 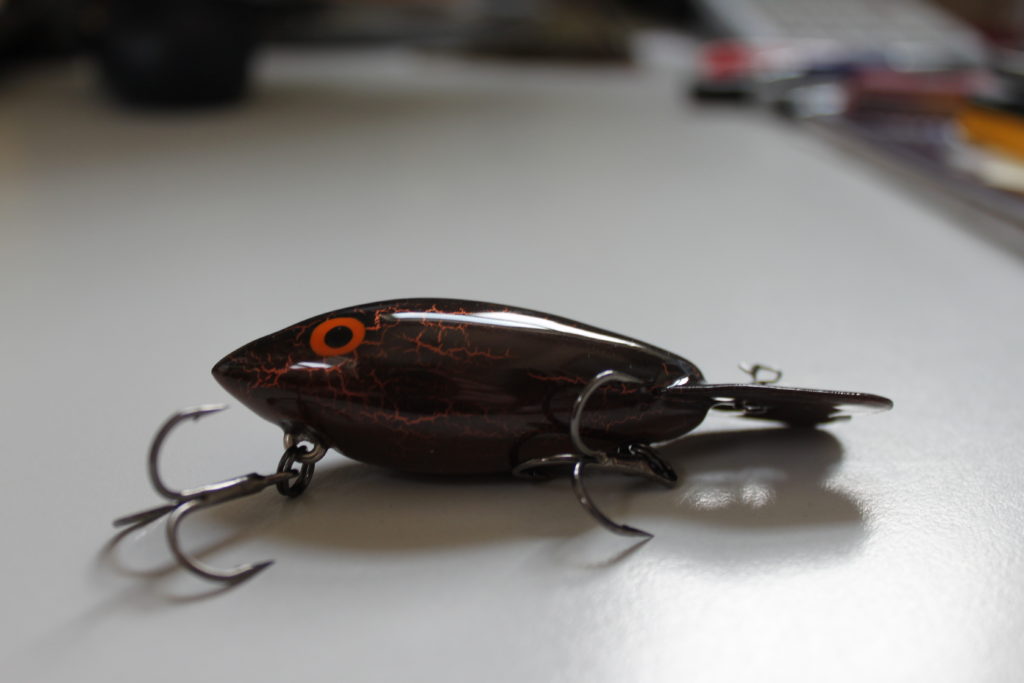 If you read through our bio’s (contributors page) you might have noticed that mine states I’m a tackle junky.  Let me clarify.  I have a…