So at this point, we have over 27lbs (not literally in the livewells, but that’s what our best 5 fish at the point in the day weighed).  It had been raining off and on all day and that kept us damp and cold.  The wind was forecast to pick up that afternoon and we could see skies starting to lighten up and clear.

As we moved out of the stiffening breeze and into the tree line, we moved quickly on the trolling motor to an area that had produced one right at seven pounds the week before and several over five pounds the year before.  This wasn’t a particular spot but a section along the outer tree’d flats that was different.  We went directly there on the trolling motor, we didn’t fish or “wander” along the way.

Ryan opts for a Perch looking swim jig (specifically the Dirty Jigs “Blue Gill 2” color) and I decide to do some pitching as we were entering some target rich areas with heavier cover.  I had just started pitching when Ryan connected with the swim jig.  On this day, they were preferring the swim jig over the pitching jig, but part of that is that the swim jig will just get to more fish most of the time than pitching will.  Some days, you’ve got to put that jig right on their nose.  This day, they were willing to commit to a moving, horizontal presentation.

The Diawa Rod/Reel combo featured in this review shines here as Ryan corrals this largemouth under submission.  This one would be nearly identical in weight to fish #3, but was obviously shorter and fatter.  It’s pretty interesting to see the variation in body types of these fish in the spring. 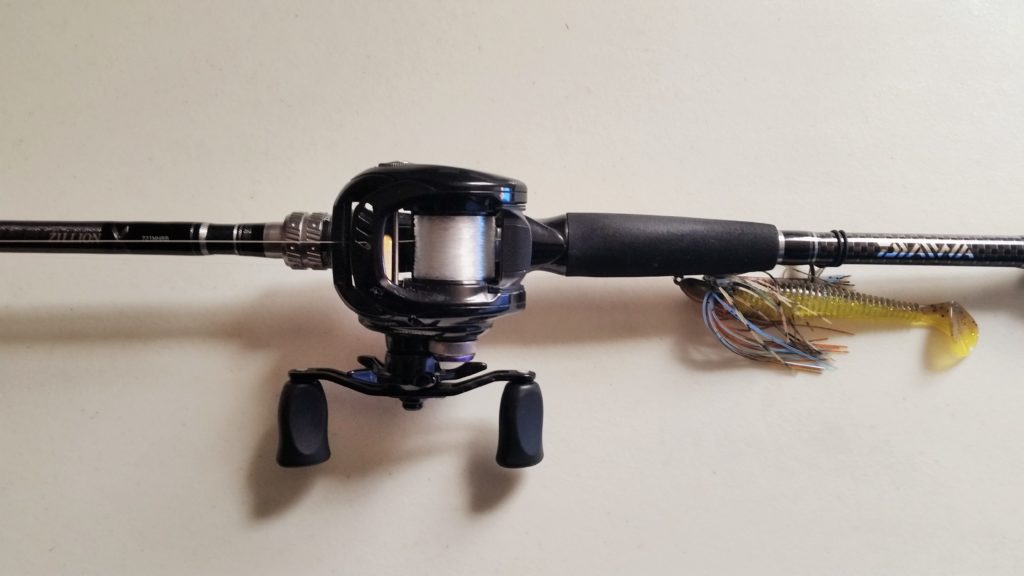 For a few years now GOA has been experimenting with multiple reaction bait style rods and high-speed reels.  This process has included rods from multiple manufacturers,…

Todd and Mac Ryan dealt with the typical adversity that Potholes Reservoir presents but were determined to have a different result this time.  Read below…