I’ve been fishing with the Super Fluke for around 15 years or so.  It’s my “go to” smallie lure from mid-spring to late-fall.  I’m always tinkering with fluke colors, tactics, etc..  Over the last year and a half I have changed things up and am now ready to relay a few things that you may be interested in.

I decided that I wanted to simplify the rigging, especially in reducing the number of knots I’ve been using.  I’m a fan of Berkley Nanofil line.  I just really appreciate the way it handles, casts, transmits feel, and resists wind knots.  I like to use 10 lb hi-vis chartreuse nofil. The hi-vis helps me in tending the fluke.

But now comes the dilemma.  I always felt like it was really, really crucial to use a fluorocarbon leader because I thought that the stealth of this leader was not only desirable, but critical!  In order to use the fluorocarbon leader with the nanofil, the first knot came into play.  However, the fluke will severely twist your line after a days workout without a good swivel, causing all kinds of irritation later on.  So the need to add a ball-bearing swivel between the nano and the leader was used.  This was irritating all by itself because of having to be careful not to get the swivel in the rod’s top guide.

Now the second irritation was that I had to tie a knot to the swivel and then another from the swivel to the hook.  Now I’ve got a total of three knots being used to rig a fluke – you know the problems with three knots!

I decided to do without the fluoro leader, and just use a swivel and fluke.  But that would require two knots, right?  Not good enough.  So, I needed to incorporate a swivel to the eye of the hook and then I could use a single knot to tie on a fluke.  I decided to use a ball bearing swivel with solid rings.  First, I had to open the hook’s eye, then slip on the swivel ring, and close the eye.  Voila! 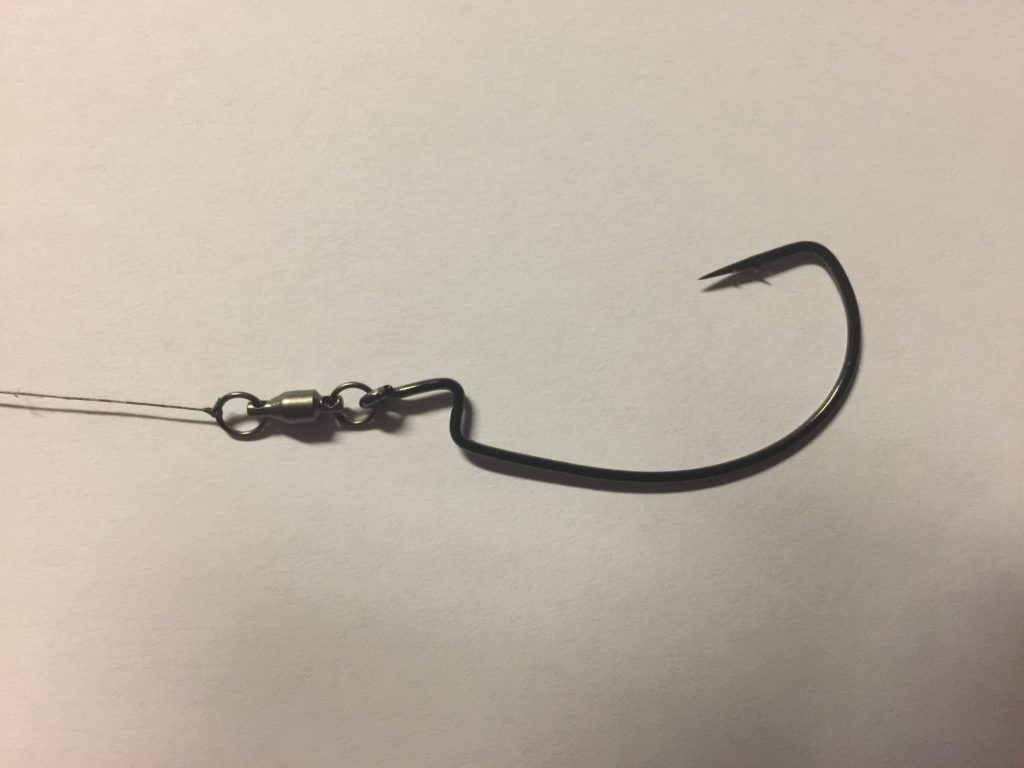 Now I could tie the nano directly to the hook/swivel.  One hook – perfect.  I’m still a little shy about using the hi-vis line all the way to the fluke, so I’ve been using black marker on the bottom three ft of line.  I’ll experiment with the necessity for that too, but later.  But so far, after a lot of bass caught on this rig, I can assure you that it works wonderfully, and I don’t feel that I get any less bites at all.  Give it a try and tell me what you think.