Put me in Coach: 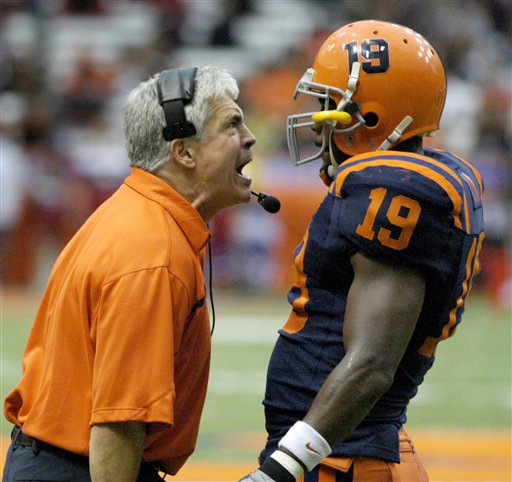 Months ago, I was sitting in Don Hogue’s kitchen with some confusion and intrigue associated with his goals for Game Over Angling.  A teacher (AKA Professor) by trade, he’s hell bent on ensuring those who want to be educated and even “coached” into higher levels of fishing are going to have access to it.

For the purpose of this and following blog articles, I asked the Professor himself if he’d “coach” me through the FLW Costa Western events for this season.  Admittedly, my initial request was somewhat selfish, as I wholeheartedly believe in “coaching” and “mentorship” as vital for success for many aspects of life.  After talking with Hogue though, there was another revelation that stemmed from the idea; the more open I am to writing about successes and failures in an open forum, the more honest I can be in my own assessments.   I can’t feed too much BS to you anglers, cause you’ll call me out on it anyways.  So will Coach Hogue.  (Coach’s comments are in blue italics)

This would be easy for me.  I could throw ideas out there but wouldn’t have to deal with the hard part of making it work on a new body of water.  Then, when he got back, I could “Monday morning quarterback” him!

To hit the ground running, Coach Hogue and I started dissecting Lake Havasu, the site of the first FLW Costa event for the season.  Our goal is a top 40 in AOY points for the season, which would garner an invite back to Kentucky Lake for the Championship in November.  If you’ve read my article about my recent bomb on Kentucky Lake (here,) you’ll understand my motivation to get back there and collect the rest of my teeth that where knocked out. 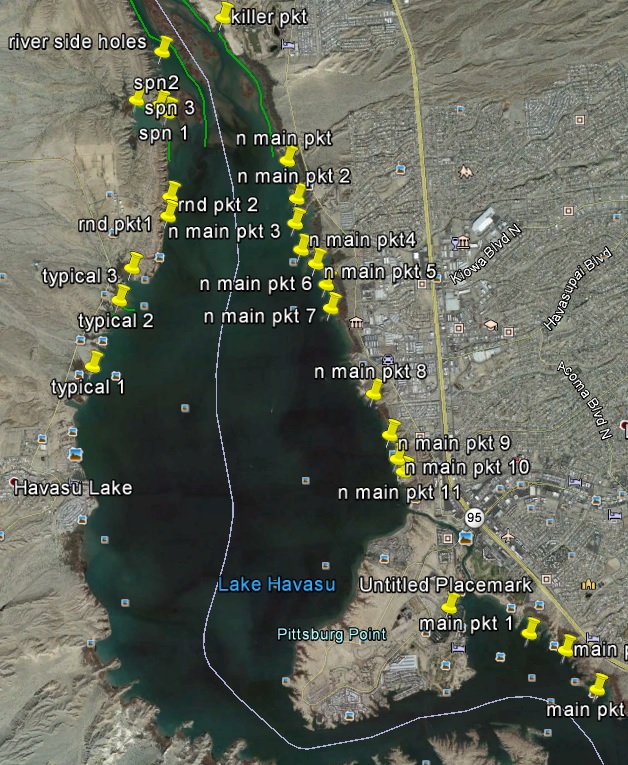 Initial conversation and map study with Hogue created the above google earth waypoints.  Havasu has a bunch of structure in it, miles of river on the North end, and the southern half looks remarkably like Banks Lake.  In prior discussions with Don, we both agreed that staying up North was the best chance of winning.

Anytime you have a area of the lake that contains most of the largemouth, then you have to give that a lot of weight in where to spend your time (with a few exceptions).  I told him I felt he could be more efficient up north as long as he spent some practice time learning to navigate the river.

Hogue had some key take-a-ways from that meeting that I feel had an impact:

1.) Focus on transitional areas.  Figure out what phase the fish were in, and search for areas like that.  Neither of us had been to Havasu, so it would be good to fish 50% of the time, and look the other 50%.

What a “transition area” is has to be one of the most challenging aspects to bass fishing in the late winter/early spring.  The first thing is to start where they will spawn and work backwards from there.

2.) Fish South facing shores in the spring.  They warm up first, and generally fish will spawn in the backs of pockets that face south.  (Never heard this before, but it was true 90% of the time at Havasu.)

3.) Avoid Fish Lies – Don’t fish 200 miles of rip-rap cause you caught a random fish on a rip-rap bank that didn’t fit any pattern you’re trying to build (i.e.  nowhere near a transitional area).   This is important, because I do it all the time.  Catch a fish that was doing nothing I could duplicate, and then spend the rest of the day trying to duplicate it…  Sounds dumb huh?  I’ve done it many times.

We all have.  One of the worst things that can happen during “pre-fish” or practice is to get bad information.  I don’t mean “dock talk”, I’m talking about from the fish!  The thing is, fish don’t do random things.  The problem is can we make sense of why we caught one and then repeat it there or someplace else.  If we can’t, then we end up doing random things.

The Wheels of the Bus:

After the first two days of the practice, I had generated exactly one 2lb smallmouth bite on the north end of the lake.  The wheels were falling off my practice plan.  I knew the bite was going to be tough, but when you can’t generate bites, it’s really hard to solve the puzzle (which also has a negative effect on my delightful demeanor.) 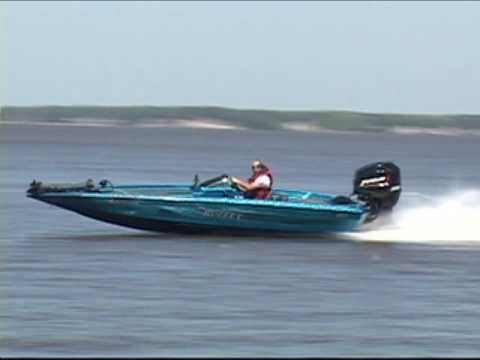 One trick I’ve learned when you can’t get bit in a certain section of a lake… it’s time to pull a maneuver we call “Chasing the Sun.”  It looks something like this…  Pull the trolling the motor, cuss a little about poor fishing, point the boat in opposite direction and floor it.  Once you’ve traveled at least ½ of the lake from your original location, start looking for transitional areas that look good and start over.

This is one area we didn’t do a very good job.  Communicating during practice.  In Jake’s defense, sometimes the last thing you want to hear while you are in the heat of the moment is somebody else in your ear.  The tougher practice goes, the more you keep pushing and you don’t have time for much of anything else.

Long story short, the south end looked a little more like home.  The contours were more defined which make searching for certain types of structure easier.  The most obvious benefit of the south end of the lake was biting fish.   I actually caught three whole fish that afternoon, and none of them were smaller than 3lbs.

My coach and I might have been wrong about the North end, but he was exactly correct about South Facing shores and transitional areas.  The fish were in the final stage before going onto the flats to make beds.  I believe the 5lber I caught on the final day was making a bed on the flat part of a long tapering point (on the south side.)

One of the toughest things to do is figure out late winter/early spring bass on a lake you’ve never been on.  Metabolically, they just don’t need to give you much feedback.  Trying to get bites during practice this time of year can be demoralizing, especially heading into a tournament.  That’s why I tried to emphasize the looking over fishing part.  Getting no feedback but doing the right thing is just as bad as getting some feedback and not understanding why.  To Jake’s credit, he did end up making sense of why he got bit on that final practice day and put it to use in the tournament.

In 6 full days of fishing on Lake Havasu, I generated exactly 5 keeper bites 50% of the days I was there.  The place was brutal tough.  Maybe the worst part was actually seeing multiple 20lb stringers and being unable to catch any of them.   This might the worst aspect of fishing super clear water.  It’s not the 5lb-test drop shot you have to throw until your mind goes numb and you start drooling.  Oh no…  The worst part is soaking a Snub to the count of 100, with no bites and then floating over a bunch of 4lb, PhD-educated Smallies, laughing at you from 13 feet below.  If I’d had a few seal bombs, I’d have taken a DQ just to blast the smirk right off their little faces.

If I had to do that event all over again, I would have spent more time during the tournament days fishing new water.   There was only one spot I was able to catch multiple fish during the whole weekend.   Otherwise, if you caught one, you could delete that waypoint from your graph.  You didn’t need it anymore.

Both days I had 1 fish in the box at noon.  This was probably the hardest mental hurdle to overcome, as it’s way easier to relax and fish when you have a limit.  Since that just doesn’t happen very often, I suggest focusing on the next fish, only.  There’s nothing to be gained by doing long division in your head on hours left versus fish to catch.  I’ve done that too…  “Umm 45 minutes divided by 4 keepers… carry the one… blah blah blah.”

Thanks for reading.  Hogue has agreed to “Coach” me through the rest of the FLW season, so I’ll post updates more frequently.  Also, I suggest asking any questions you have in the comments below.  Hogue and I will answer as honestly as we know how. 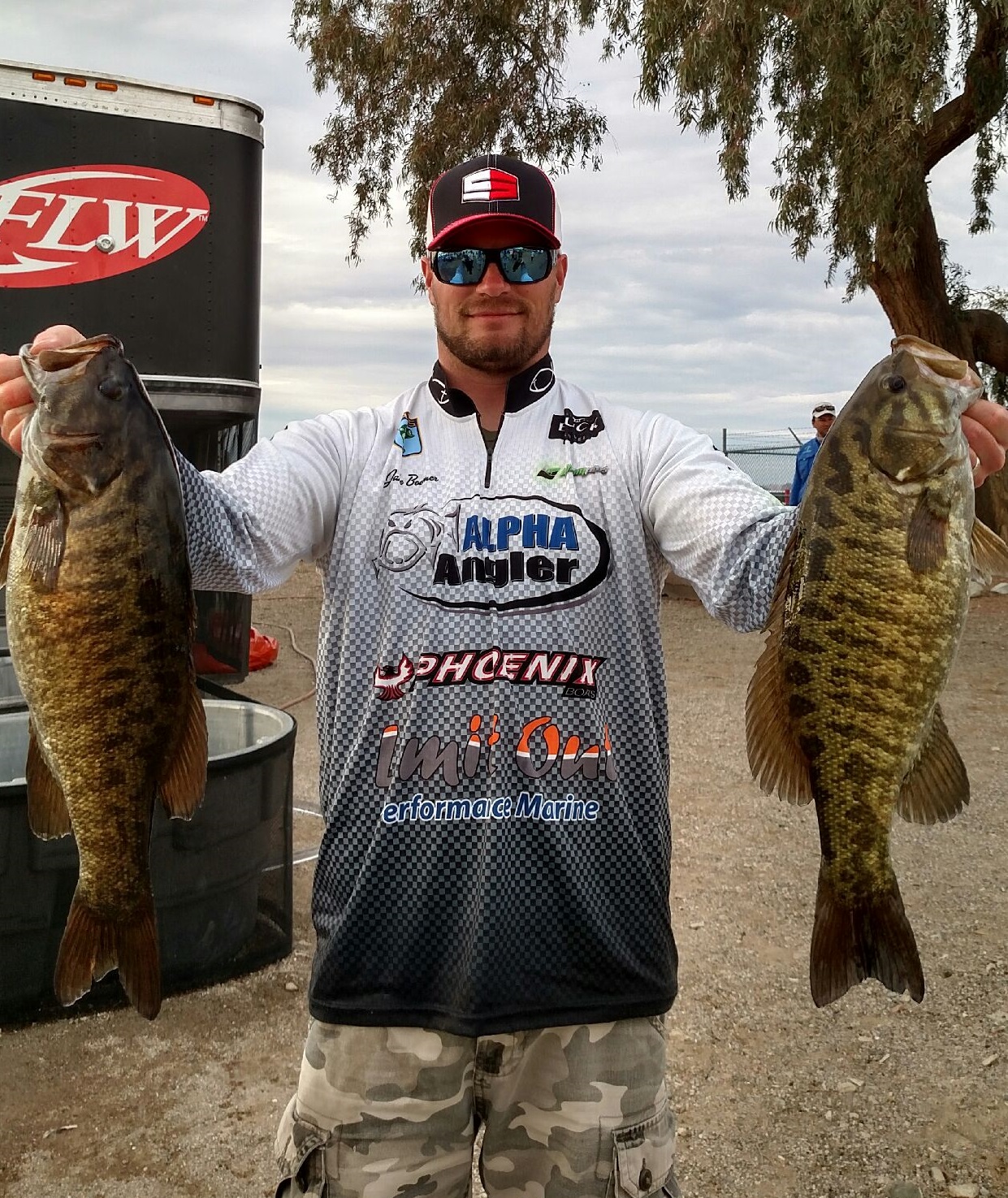 Todd and Mac Ryan dealt with the typical adversity that Potholes Reservoir presents but were determined to have a different result this time.  Read below…