This is the 4th and final part of the Case Study Series on Potholes.  There will be plenty more on this great piece of water later on, but for now, it’s time to wrap this up.  If you missed any of the earlier pieces, you should start there first.

Where We Left Off

I left you hanging a bit after the last one.  I felt I had gone a bit long.  At any rate, where were we?  I believe I was sharing an account of how my good buddy Ray and I had finally “dialed” Potholes in.  I’d like to say we had everyone fooled, but that would imply way too much control over what had just happened.  It’s taken me several years to process what went down that day on Potholes, and if I’m honest, I don’t think I totally understand it all yet.  But it did lead me on a journey.  It turns out being successful and not knowing why is just as unsettling as striking out and not knowing why.

I was determined to really know Potholes.  To understand it in a way that at least I could come up with reasons why I did well or did poor.  No other place has commanded so much of my time, even when I wasn’t there.  That was taken to another level when I discovered Google Earth.  I’d like to say that one day I discovered Google Earth and that same day or the next I figured out how it could help me understand Potholes.  But that wasn’t the case.  It took a few years to understand what was possible with Google Earth.  Potholes maps are notorious for being useless.  I’ve come across a few maps of the dunes.  Mostly, they made me laugh, but that was after frustrating me.  I had almost accepted that the best I could do was collect as many way points as possible and then hopefully over time I could put together some seasonal patterns.

The biggest “Aha” moment came the week before another ABA event that was to be held in July one year.

I had been through the following journey prior to that moment:

So during the off-limit period for this particular July tournament, I spent the whole week studying Google Earth and those Potholes images.  By this point, I had known and been using Google Earth (GE) for the past 2-3 years.  At least I thought I was using it.  Over the course of that week “off limits” I was actually on the water in a virtual way learning for the first time how the channels at Potholes worked and the locations of hundreds of deep huts as well as the key to locations of those summertime schools of largemouth (and giant rod and reel destroying smallmouths).

That tournament, I went anywhere I wanted and drove right to it.  I knew where things were at and how to get there, regardless of water level.  I didn’t have to accidentally drive over it first and then spin around and fish it.  What a revelation this all was to me.

The Moral of the Story

So over the course of the next few years Ryan and I began to use a system to make our time on the water more efficient.  It involved hours of online scouting and hours of on the water application.  This system has been tremendously successful.  In a way that tournament success cannot even measure.  It continues to evolve as we get better with each year and I know we are both excited about using some other new technological advances to help refine this system.  We’ve discovered that despite how complicated and overwhelming things can appear out on the water, it is possible to take what we have access to in terms of internet resources and modern electronics and take a bit of the confusion out of finding bass and planning on how to approach and catch them.

In a series of courses that we are beginning to release this spring, we are going to teach others on this system and coach those willing to learn to come along with us on continuing to get better on the water.  Stay tuned, and if you have any questions, please ask in the space below. 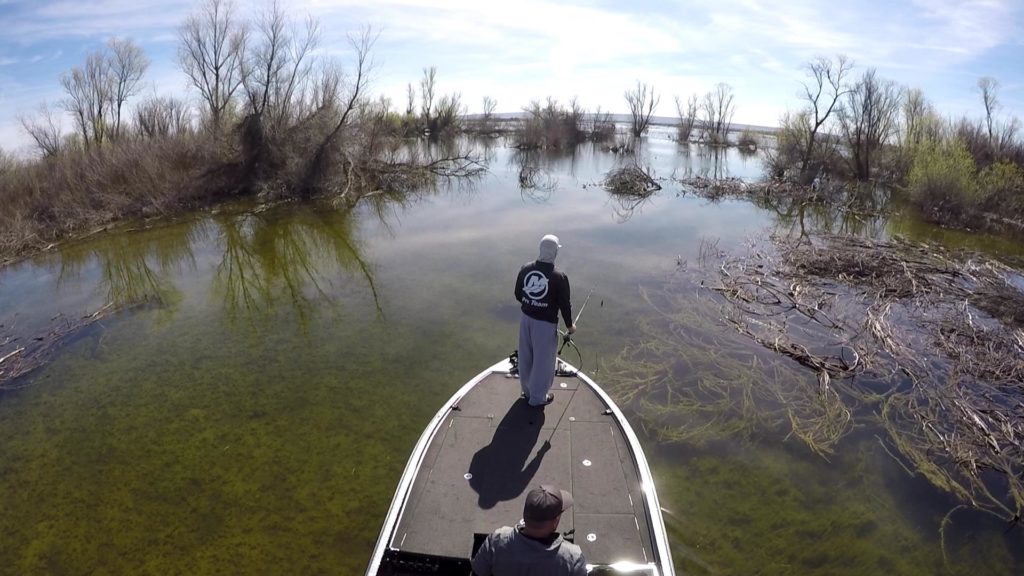