A lifelong fisherman who has spent most of that time specializing in chasing bass, Don has lived nearly his entire life along the shores of the Columbia River.  As a teacher and a coach, Don likes to apply those skills to bass fishing and loves to empower others to become students of the bass fishing game.   Don qualified for the Bass Master Classic in 2010.  Don started Game Over Angling in hopes that he could create a first-class educational website that would serve as a platform to share knowledge and experiences about fishing.

Ryan has been a hardcore fisherman his entire life.  Ryan loves to fish for all kinds of fish 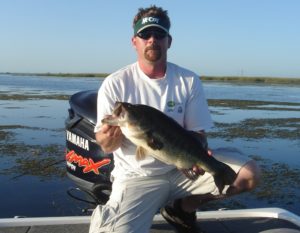 and has about done it all.  From drifting for salmon and steelhead along many of the Northwest’s most scenic rivers to inshore in Florida, and offshore in Mexico, Costa Rica, and Hawaii.  Still, even with all that experience, Ryan’s primary focus is on bass fishing here in the USA.  Ryan has fished for bass all over the Northwest, Southwest, South Central, and Southeastern United States.  Ryan fished the FLW Series out west and qualified for the FLW Championship.  He brings a wealth of knowledge from those experiences to the table and is eager to share them.  Ryan would be the first to admit he is a tackle junkie and his knowledge and understanding of bass tackle is pretty impressive. 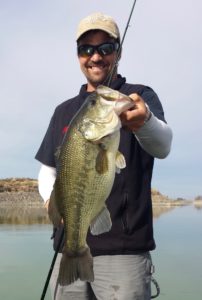 A 2-time FLW Cup Qualifier and a 2-time NW Bass Angler of the Year, Ron Hobbs Jr. is a proven tournament performer on both the national and regional levels and space doesn’t really allow for all his list of tournament successes.  Ron has been a “fish head” since he was born and began competing in tournaments at the age of 16.  His first tournament win was a BASS State Qualifier on Lake Washington at the age of 18.  Despite his early success and his reputation as a “natural”, what really sets Ron apart is attitude, confidence and attention to detail and efficiency.

True to the Game Over ethic, Ron feels he can always improve in every aspect and believes every part of fishing matters from equipment to decision making.  An excellent teacher and seminar speaker, Ron will be an invaluable contributor to GOA.  You can check out his work in the “Hobbit Hole” series as well as other areas on the Home Page or in future courses.

With over 50 years of bass fishing experience from all over the northwest, Bob is a senior c 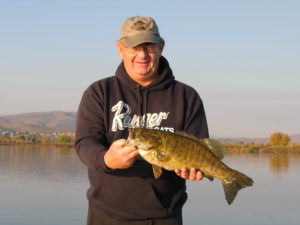 Angling.  In addition to being a part of founding two different bass clubs, Bob has witnessed nearly every innovation in bass fishing in the last 5 decades and offers a unique perspective on the history of modern bass fishing.  From the evolution of rods and reels, to boats and electronics, few people can say they have experienced the wide range of advancements in fishing.  Bob enjoys learning new water and a new technique as much as ever and has been a huge catalyst in introducing many anglers to bass fishing and pushing more “experienced” anglers to try something new.  As somebody who has pretty much seen and done it all, he still offers a fresh perspective for anglers at any level.  Check out the “Some History” Series. 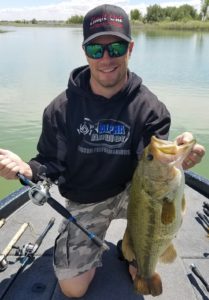 Unlike the original founders of this website, Jake has only been fishing for approximately a decade.  The “affliction” of tournament bass fishing took hold of his competitive nature in the first hours of a small club tournament in Northern Idaho.  Since then, Jake has dove head first into the sport, from 15-20 tournaments a year, to starting a fishing rod company.  A self-professed student of the game, Jake in enamored in the details of technique and the mindset necessary to being successful on tournament day.  Hopefully, his contributions to the site can be used to increase success on the water for the any angler, both tournament and recreational