Quite a bit of time passed between fish 1 and fish 2.  That’s not entirely accurate.  Remember, this is just an account of the best 5.  A couple of fish were caught in between and if you really want to get into the details, the whys, you can find all of that in the PH 301 Course.

Fish #2 will forever be known as “frog legs”, or “leg” more accurately.  What is more important it that this was the second fish in a row where a slow retrieve along a steep break that paralleled the horseshoe shape of the pocket was the key.  Using a high-speed gear ratio, I was really being conscious of reeling slow.  It was easily a full second per handle turn.  I like the high-speed capability to catch up to bass that like to rush at you after inhaling the jig, but the down side is there are times where you need to be more aware of speed.  I feel like this, and most of the others on this day were like that.

The other important part of speed is how it impacts the action of the trailer.  I think too often, anglers select a trailer almost as an afterthought.  I feel it is the most important part of the bait.  Especially when using a boot-style trailer.  You are actually throwing a swimbait with a skirt.  I know I brought this up before, but it is that important.  Which should bring up an obvious question.  Why not just throw a straight swimbait?  Good question (we’ll assume you asked).  But we’ll get into that another time.  Back to the question of the trailer.  The Keitech does a good job of moving at slow speeds.  I don’t think color is a big deal, so long as you like it.  But finding a trailer that will wag and roll at slower speeds is important.

Since the goal of this outing was doing a demonstration of time and timing, we were moving from area to area directly.  Once there, we were being methodical and slow but not laboring on more than 1 of 2 casts on what we felt were the critical locations and angles.  We were not fishing our way to another area.  I call that the “Potholes Wander”.  There is so much stuff to throw to that we just stay on the trolling motor immersed in all the eye candy.  I fall back into this trap nearly every outing at Potholes.  It takes a real concerted effort, a mental focus, to avoid this.  The thing is, I can recall lots of times where I wandered into a fish, maybe even a good one doing this.  I fall into the trap of explaining that fish with this bush, that point, or this dune.  As if that explains it.  Then I return to that spot and no it’s not a magic bush or dune.  Or worse, it becomes one of those mythical “random” bass.  When I have time to reflect (usually on the drive home after not doing so good) I have to come to terms that this is not how I would fish any other body of water that I had a clue on.  I would never just put the trolling motor down and wander around fishing the Columbia for example.

On this day, we made direct routes from area to area.  Either on the trolling motor or using the big motor.  Maybe you are different, but this is not easy for me to do at Potholes.  I want so bad to make a cast over to that log, or that willow pt or I wonder what’s “over there”?

Before you watch the video, I just want to point out a few more things: 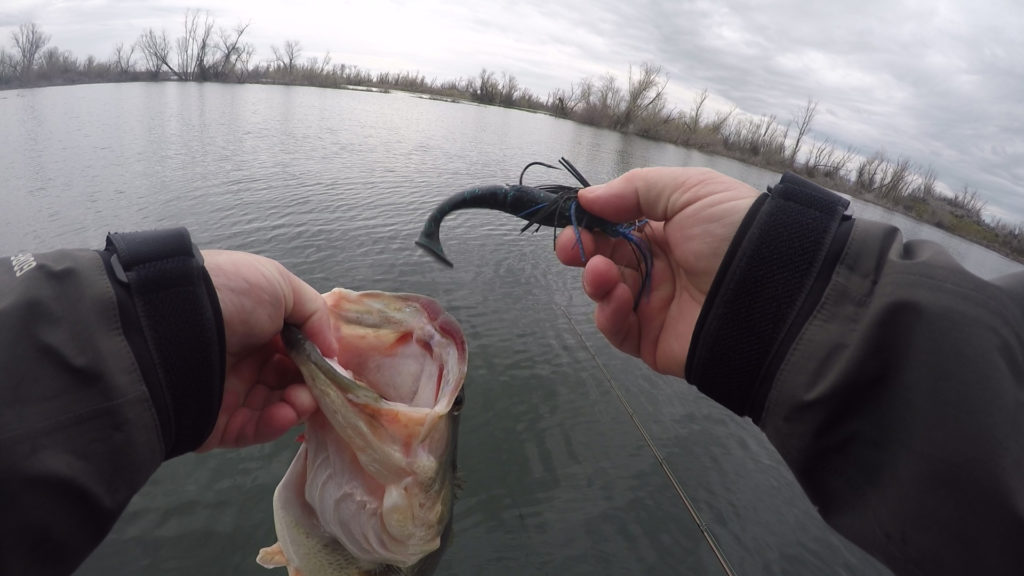 While putting together video for one of our courses, we recently had an epic day at Potholes as our best five went for 32.2.  The…